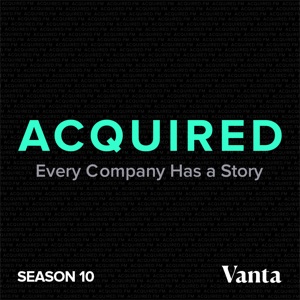 Every company has a story. Learn the playbooks that built the world’s greatest companies — and how you can apply them as a founder, operator, or investor.

Acquired The NFL The NFL
The NFL — it’s almost synonymous with America today. And its history is a fascinating lens to explore the nation’s development over the last 100 years, from WWII to TV and suburbs to the Internet and social media. What began as a quasi-illicit leagu

Acquired Holiday Special 2022 Holiday Special 2022
Cozy up to the fire and join Acquired as we do our annual strategic review of the show and our business “in public”. We recap our perspectives on Acquired’s big moments from the past year, a bit of commentary on the current state of the tech ecosyst

Acquired Qualcomm Qualcomm
Qualcomm, or “Quality Communications” — despite being one of the largest technology companies in the world, few people know the absolutely amazing technological and business history behind it. Seriously, this story is on par with Nvidia, TSMC and al