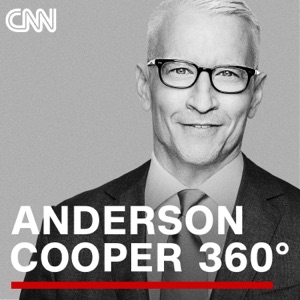 A federal appeals court has halted the special master’s review of documents that were seized at former President Trump’s Mar-a-Lago estate back in August. The ruling is a win for the Justice Department and their investigation into the mishandling of government records while Trump was in the White House. CNN Legal Analyst Carrie Cordero tells Anderson Cooper how helpful this decision is for the DOJ’s probe. Plus, Democratic Sen. Raphael Warnock and his Republican challenger Herschel Walker are making their final pitches to Georgia voters before next week’s runoff election. Former President Obama held a rally with Warnock and told his supporters “we still got work to do.” Van Jones is a former special adviser to Obama. He joins AC360 to discuss the runoff election and how much Obama helps the Warnock campaign.

The House Ways and Means Committee is now in possession of six years of former President Trump’s federal tax returns. The Supreme Court declined to intervene in Trump’s fight to keep the documents private. David Cay Johnston is an investigative reporter and the author of “The Big Cheat.” He tells AC360 what lawmakers could learn by looking at the former president’s tax returns. Plus, the University of Idaho held a vigil for the four students who were murdered at their off-campus home more than two weeks ago. Police still haven’t named a suspect or a motive in the brutal killings. Former NYPD Deputy Commissioner of Intelligence and Counterterrorism John Miller joins AC360 to discuss what he thinks investigators are doing to find answers.

Two members of the Oath Keepers were convicted of seditious conspiracy and face a maximum 20-year prison sentence. Stewart Rhodes, Kelly Meggs and three other defendants were also found guilty of obstructing an official proceeding, a charge that also carries a 20-year maximum sentence. CNN Senior National Correspondent Sara Sidner was at the courthouse and tells AC360 how important and historic this trial was. Plus, the U.S. Men’s National Team beat Iran 1-0 in the World Cup knockout stage to advance to the next round of 16 for the first time since 2014. CNN Sport host Don Riddell joins AC360 from Qatar to describe what it felt like being at the game.

Thousands of people in China, who are angry at the country's rigid "zero-Covid" policy, have taken to the streets and are demanding to be freed from Covid testing and lockdowns. CNN Senior International Correspondent Ivan Watson is in Hong Kong and CNN's Selina Wang is in Beijing with the latest. And just over two weeks after the quadruple homicide of college students in Idaho, police have not found a suspect as students return to campus for classes. Perspective from former NYPD Deputy Commissioner for Intelligence & Counterterrorism John Miller, who is now CNN's Chief Law Enforcement and Intelligence Analyst.

There is no new episode of the Anderson Cooper 360 showcast. If you haven’t already, please check out CNN’s other podcasts and showcasts at cnn.com/audio.

All six people who were killed in a shooting at a Virginia Walmart were employees of the store, a spokesperson tells CNN. Lorenzo Gamble, Brian Pendleton, Kellie Pyle, Randall Blevins, Tyneka Johnson, and a 16-year-old male, were identified as the victims by the city of Cheasapeake. A trauma surgeon talks to AC360 about treating some of the victims.

And an update on the investigation into the murders of four students who attended the University of Idaho. Police have gone through more than 1,000 tips and have interviewed 150 people, but authorities gave no indication they were closer to naming a suspect. Forensic scientist Lawrence Kobilinsky, a professor at John Jay College of Criminal Justice, and retired cold case investigator Paul Holes, who is host of HLN's "Real Life Nightmare," give their take on the case.