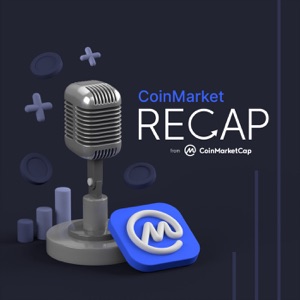 On today's CoinMarketRecap with Connor Sephton, South Korea issues an arrest warrant for Do Kwon. Dr Wright's lawyers give their opening arguments in the trial against Hodlonaut. Celebrities breathe a sigh of relief as the U.S. relaxes some restrictions against Tornado Cash. And Canada's Prime Minister Justin Trudeau attacks a rival for supporting cryptocurrencies. You can follow us on Twitter — @ConnorSephton and @CoinMarketCap.

Hello to you. Welcome to coin market recap on Wednesday the 14th of september 15 with coin market caps. Easy to understand. Look at the top crypto stories today. South Korea issues an arrest warrant for dough Kwan dr rights lawyers give their opening arguments in the trial against hotline ought celebrities breathe a sigh of relief as the U. S. Relaxes some restrictions against tornado cash and Canada's prime minister Justin Trudeau attacks arrival for supporting cryptocurrencies. Our show a follow on apple podcasts, Spotify and google podcasts and you can get in touch with me on twitter as well. I'm at coin market recap there's been fresh misery for the crypto markets. Bitcoin fell by 10% in 24 hours and at the time we're recording this it's clinging on to $20,000 and ethers battling to stay above $1600.01 day before the merge is finalized. As we told you yesterday, the brutal correction came after new U. S.

Inflation figures were worse than expected and tech stocks were hit hard too. The co founder of Gemini Tyler Winklevoss seems pretty confused by Bitcoin's pullback. He argues rising inflation actually makes Bitcoin more valuable. He says Bitcoin's properties including a fixed supply of 21 million dictates that it should be inversely correlated to inflation and on Twitter. He said the fact that this Cryptocurrency has fallen in value shows adoption and understanding remains at an early stage big news from south Korea where a court has issued an arrest warrant for dough Kwan. He is the embattled founder of terra form labs which collapsed spectacularly when luna and U. S. T. Crashed to zero in May, countless investors lost billions of dollars as a result of their demise and it also sent shockwaves through the wider crypto market Kwan and five others are all believed to be in Singapore and face allegations that they violated south Korea's capital markets law investigations into terrorist collapse have been taking place in the U. S. As well as South Korea. Kwon was asked how he felt about going to jail in a recent coinage interview and he replied by saying that life is long day two of the court fight between Craig Wright and Hudler naught has taken place in Norway.

Doctor rights lawyers have said they won't be providing any more cryptographic proof that he is Satoshi Nakamoto. Bitcoin's inventor. Instead they phone Focused on the entrepreneur's life story and argued that it closely aligns with the timeline of Bitcoin's creation back in 2019 hotline ought accused dr right of being a fraud and a scammer and dismissed his claims that he was Satoshi Nakamoto. The legal showdown in Oslo aims to determine whether hotline all these tweets are protected by freedom of speech. If a judge rules in his favor, this would affect doctor writes ambition of collecting damages for libel. During separate proceedings in London dr rights lawyers have argued the decision to use the hashtag craig wright is a fraud, encouraged other people to launch toxic attacks, witnesses are set to testify throughout the week with both dr wright and Hudler naught expected to take the stand, the U. S. Treasury Department has announced its softening some of the rules surrounding its sanctions against tornado cash restrictions were unveiled back in august amid allegations tornado cash had been used to launder billions of dollars worth of cryptocurrencies and was relied on by north korean hackers. Now it's been revealed that americans who initiated transactions before the sanctions were enforced will be able to request a spy special license to complete withdrawals from tornado cash action also won't be taken against celebrities who fell victim to dusting attacks with an anonymous tornado cash user sending a small amount of teeth to a listers including jimmy Fallon and Logan paul. Americans are still being warned that they are prohibited from engaging in transactions involving tornado cash unless they've received prior authorization. And a Bitcoin enthusiast has won the race to become the leader of Canada's Conservative Party. Pierre pauley Evra has accused Justin Trudeau's government of ruining the Canadian dollar and he says the public should have the freedom to use alternatives like Bitcoin.

He's now setting his sights on winning Race to be Canada's next. Prime Minister in 2025. But Trudeau has fired back and has described while he ever as economic policies as questionable and reckless on Twitter. He wrote that telling people they can opt out of inflation by investing in cryptocurrencies is not responsible leadership. That's it for today's coin market recap. Please do leave us a review if you've enjoyed today's episode, plenty more crypto news and features on our website over at coin market cap dot com forward slash alexandria. Sefton. Thanks so much for listening and we'll be back with more news tomorrow. Bye bye for now.