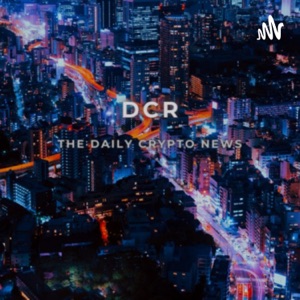 This episode is brought to you by Ollie. Ollie's two new fitness gummy rings are a delicious way to maximize your exercise. Pre-game energize, get your body ready for a worthwhile workout, and post-game recover helps you bounce back when the action is over. Learn more at ollie.com. These things have not been evaluated by the Food and Drug Administration. This product is not intended to diagnose,

treat, cure, or prevent any disease. It's 8 a.m. Eastern, January the 22nd, and this is your daily crypto report. Bitcoin is up half a percent at $22,890. Ethereum is up half a percent at $1,634, and Binance Coin is up slightly at $303. In the light of digital currency groups trouble with Genesis, the firm is considering selling off assets including CoinDesk, the popular crypto news site already has a suitor in the Binance-backed Chinese news outlet Marsbit with Wang Fing, the founder, saying, on Twitter, I believe in the future of the crypto industry our firm is willing to organize many well-known funds to cooperate to buy CoinDesk including its crypto media and all its consensus conference businesses. He's opened that up to interested investment funds or companies for partnerships. Cardano founder Charles Hoskinson also expressed interest in CoinDesk, saying in a YouTube video that the asking price was around $200 million. Well, this week, Phantom released a decentralized funding system called the Ecosystem Vault that's designed to fund new projects. The vault will get 10% of the transaction fees paid on the Phantom networks. Projects interested in funding will have to make a governance proposal and get approval via an on-chain vote. This new system provides an opportunity for projects to secure funding in their efforts to build dApps on Phantom.

The vault currently contains around $20,000. Well, the NFT startup, Candy Digital, raised $38.5 million at the start of 2023 according to a recently released regulatory filing. The startup previously raised $100 million at a $1.5 billion valuation. The firm had been seeking to raise a total of 68 million. This A1 funding round was led by Galaxy Digital and Consensus. The firm dates to 2021 and develops and designs digital collectibles. Well, ZK tech developer, NIL Foundation, has raised $22 million at a $220 million valuation. Polychain Capital led the round. NIL is the developer of the proof market protocol which allows layer one and two blockchains to generate zero knowledge proofs on demand. Well, Escape Velocity has raised for their first crypto fund with backing from big firms like Castle Island and A16Z. Escape Velocity started raising in June of last year and have pulled in $25 million already. The firm's thesis is thinking about the transition to a more distributed space for digital commodities.

And finally, a pair of smaller fundings, also a ZK startup, Hyper Oracle, has raised $3 million in pre-seed funding co-led by Sequoia China and Dow 5. The multi-chain wallet, Cypher, pulled in $4.3 million in funding from a round led by Y Combinator. Well, that's all for us today. Visit us at DailyCryptoReport.io for sources and links and listen to us everywhere else you podcast

under Daily Crypto Report. If you're wondering what businesses are doing and what more they should do to confront climate change, then check out the Climate Rising podcast. Produced by Harvard Business School and hosted by me, Professor Mike Toffel, Climate Rising gives you a behind the scenes view into how some of the world's best and brightest leaders are confronting climate change. That includes interviews with leadership from companies like New Belgium Brewing and HP about how they're adapting their operations and supply chains to address the impacts of climate change and from organizations like World Wildlife Fund and McKinsey on their roles to help companies reach their climate goals. I hope you'll take a listen to Climate Rising

wherever you get your podcasts. What's up guys, I'm Gabrielle Stone, host of FML Talk. After being love-bombed, married and cheated on, trust me, I've got some perspective on love, heartbreak, trauma and healing. FML Talk has become weekly therapy for my listeners where I give you a safe space to heal with of course, a few F-bombs thrown in. Fun Girl Talk episodes, solo episodes that will guide you on your healing journey and guests with stories that will leave your jaw on the floor. Grab a cocktail and come hang with me every Wednesday on FML Talk.