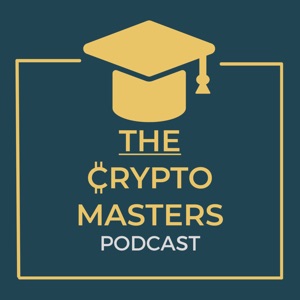 Join us as we dive into the latest on the FTX scandal and of course the latest in our Crypto Fantasy draft! Will Ross keep the lead or can Brian gain it back?? Here is a link to our fantasy rules slide deck: https://docs.google.com/presentation... Ma...

check around for that

that is correct demand

all right well I think you took the lead so we'll

all right Ross well you know

we're still on the heels of the F. T. X. closing bankruptcy filings and the fallout from that and so you know well we've got that to talk about and then you know some of the of the chain reactions that are expected I think and I'm not really that many of happened so far but we got news of a little bit today it's hard to say how how big of a deal it's going to be but I think you're gonna mention that that was going around on on Twitter and some of the crypto news outlets

their earning platform so if I can kick it over here

Sam Bregman freed said that a few times as well

funny enough yes and I

I think genesis is owned by the same parent company that also owns grayscale you know which has a lot of the publicly traded trusts involving crypto than their big one most famous one is GBTC other greats grayscale BTC I'm in I'm in theory and wine and then they have some that they have some other ones men that have some combinations they have a trust that's called smart contracts platform we just got a comment question from crypto Katie should I be worried about my gray scale B. T. C. that is a timely question crypto Katie

I'm in the question

it's a trust is right to do anything but store the the day coin that it sells to people and they you know they get a two percent fee or something so yeah that's good news you have to worry about the GBTC but this is a bit of fallout from the F. T. X. question I I don't know exactly what ugh genesis you know maybe maybe they had some assets on F. T. acts that they can't get to it that must be it I don't know but so something like that yeah that's right

yeah definitely make take more time to shake out and I want to say a first Brian you know I have two brains going on the analytical brain and the speculative brain so my speculative side was like oh man that F. T. X. hacker that's working for F. T. acts just hack Jim and I had to make it look like all these hackers are out there and that's great for the lawsuit had like stop for a second like okay let me do a little research real quick you know and I think that's that's kind of what a lot of people are speculating on like a lot at the starlet over they offer everyone you know but you know it's yeah

yeah so what you know there's been some other topics about the the F. T. X. and Sam bank been freed playing a lot of things I've been seeing going around Twitter with a lot of big names in the crypto world talking about is the fluff piece that The New York Times ran about this embankment freeze and I didn't I didn't read it but basically everybody says it is just you know I got ridiculous a PR piece you know somewhat way too favorable for this guy who's yep pretty clearly a criminal

one rain I think I got the right one yes

this for a couple more months of total control and

they have been up on here

this is kind of interesting timing for that

that's kinda jealous but still that that

well here's what I'm I'm and I'm reflecting on this now about what happened to F. T. X. when you really think about it right why did it happen well it was a centralized exchange with really one guide mainly in charge I'm sure there are some others that sort of one major decision maker so is centralized and we know that what led them to trouble like usual is it was very leveraged they and their sister company Allen made a research used the F. T. T. tokens as collateral for loans of cities that

but there were no sort of repercussions on what happens when the value of F. T. T. falls in I'm just saying that because I want to compare it two what I'm getting out of this is the real message you know what we're really want to look at this it's not crypto is bad frankly this had nothing almost nothing to do with crypto other than it was a centralized exchange the trade crypto

when you look at what really underlies crypto but this just emphasizes those principles right I got it if there were self custody which you can get from crypto that's one of the major benefits you can have the self custody it doesn't have to be on the exchange nothing had to be on the F. T. X. exchange aren't so there's no trust no permission that's what crypto brings self custody the ability to do that see it so you had that choice that sort of highlighted by this and then another thing to me that's highlighted by this is the defy protocols you know they defy protocols Mike if you wanna get alone on on your crypto it's all spelled out in black and white you know exactly what's going to happen there's no negotiating there's no charming someone or taking amount for a state dinner around the golf no

although that is nice

drops if the value drops there are exactly what's gonna happen is exactly what you know in advance is going to happen you know whatever you have on as collateral can be partially liquidated to make up for that until it gets into the ratio that everyone agreed to and you remember defy every every defy I've seen it all is over collateralized is never under collateralized you have to have more collateral then you borrow well that is a way to avoid it bank runs that's a way to avoid you know the the whole anything that happened with F. T. acts that would never happen would defy yeah really this is just an example of why D. five is superior I I saw I I mean and and not to mention the other things I buy this is the on chain date right there was no on chain data for the shenanigans that F. D. X. was doing behind the scenes when you go to defy protocol it's all there it's it's all on the blockchain which double click sensible so it's it's an open book and that's just contrasts with it with everything that F. T. acts in Sam bacon free we're doing so even though it somewhat gives crypto a black guy it's not really justified because crypto you know in theory behind the whole blockchain and the whole bit coin ideals they're just highlighted by this the superiority of them shine through this and I hope that maybe that will come out of this in some way I mean I it's not now not immediately not I certainly I feel bad for the people who had any anything on that exchange yeah because you know sure lock that I didn't have anything on there you know

money on there and

I'm ready for this but right now I'm just you know

it just seems to have

of the same attributes as F. TX I mean it's not publicly traded it's not it doesn't have all the disclosures so it

is you're going to it's publicly traded

Americans were allowed to do it I'm not dealing with the V. P. N. anymore

yeah it's just not worth the risk and that's really what we both started our on was binance until they kicked over to binance U. S. that was trimmed back so it's like well get a coin bass pro so yeah the whole song and right but

look at the lineup

yeah and I guess the you know I just bring it back to one last thing I'll say about F. T. X. the analogy I've got is if you're if you this is tainted your view of crypto it's almost like with the Enron collapse if people were upset with the American dollar you know it's like first

oil we were you know I mean or energy it's

again it's not the underlying

I think on the last show it's just the vehicle and essentially everything is a vehicle for fraud in criminal criminal activities so it it's just another vehicle then I don't don't blame the crypto learn about the ideals underlying crypto and you'll see they are the opposite of what happened with that P. X.

and let's let's look real quick so this is pretty interesting Brian on coin gecko F. T. T.'s rank is now in a

if you somehow can don't touch it

worth space in your brain

hi this is very close this is exciting

but Brian close's no cigar I am in the

I think I'm up first and I'm looking at my teeth my up big portfolio here brand I really I honestly love a lot of what I've got in here doge coin poly gone that big movers for me they're actually the two in the green east still lagging behind surprisingly enough actually not because everything's bleeding but I'm looking at you know I picked Minero here and I still love Minero I don't own some in the real world but I thought I'd be kind of a stable pick as a kind of figure things out but I'm gonna knock off Minero here and what I'm gonna pick up as something epic we talked about last show it's not L. Ron anymore

but its multi verse X.

what number is right

are either old baby

we have done an episode on polka dot yes some

all great pics really I performance wise axiom Phineas hurting hurting bad I did hear F. T. exes kind of affiliated with taxing death from an investment standpoint your honor

yep that is correct

man which is Decentraland sue

what's cuter than a DOJ how does on Mars

our baby division so

wanted entertainment yeah got it

whatever goes to once

there we go yeah yeah

I think it's been a good show what we're running a little longer than we want to but that's okay we had a lot to talk about we had to re draft so all good we'll be back next week we won't re draft so we have a little more time we'll talk about some more current events and maybe some more developments or maybe will be done talking about S. T. X. who knows

well all right we'll get this part I