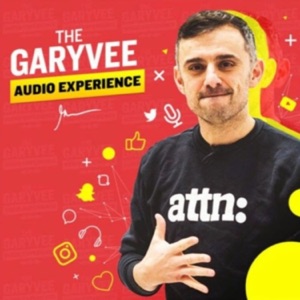 The Path To Happiness In 7 Minutes - Transcripts

To me, life is pretty simple. There are things you can control and others you can’t. Everything boils down to your actions and your mindset but there are just far too many of you continuously caught up that just don’t see it that way. This is my attempt to clear things up once and for all.

Enjoy! Let me know what you thought.

this is the Gary V audio experience. Mhm You know, coming off the gun, I got a lot of feelings just really, really believe in what I see and I have like just incredible appetite and ambition to try to scale it. Mm hmm I see a clear path to how we can get there. Which is grounded on building up self esteem. Countering hate with love right now. We're so hate on hate triggered. Right? I'm like I go triggered and I hurts like every single person that says you suck, it hurts everyone. I wonder if I can get others to it. See themselves the way I do, Which is just like a like kind of like an empty pipe. I'm just an empty pipe. It's like you give me accolades my mom, you should on me.

You just don't know me. It's all empty. It's just like, I think of ego confidence and humility as a triangle. It's not even like a triangle Cause usually that's like a thing together. It's like just these consolation of like three things that like the game is like if you can just focus just on, hey, you have self esteem, like I'm a good person. I'm doing the best I can. Doing the best I can. And and humility like if it's going well being like, yeah, okay eight billion people on Earth. I'm sure there's billions that are doing it better than me. You know, better looking me nicer to me. Smarter me. If you can play on that you win.

If you go to ego which is just insecurity. It's all over. I think a lot about that. It's like ego, which is just pure insecurity. Like you think you're shit so then you make pretend that you're good, you think your ship so it's lack of self confidence. So then you spend all your time shipping on everybody else and fake pretending that you're good posturing all to protect that you're weak. The reason I give so much trust, you know, this is because I'm strong, You suck me cool, you lost not me compassion is really like the difference between empathy and compassion is something I've been spending a lot of time for. There's a lot of people who like are nice and they're like there's like a lot of sensitive people that are nice but their weakness and their insecurity creates scenarios where they lash out and are nice. But it's a funny one because if you're sensitive and empathetic, you do have feelings. You you actually have a lot of good But it's your weakness and your sensitivity that's causing your bad. Your some of the ship. I heard that these guys got to get in.

He's got 18,000 followers. What does that even mean? Like who talks like that? Everyone wants to go there so fast. Like posturing people's intent is selfish because they're trying to plug holes my mother and my circumstance plug my holes before they started. So I'm a grown up with no holes holes, but like funk a lot less than a lot of people. People live their whole life trying to close the holes and the holes are closed. Let me go close other people's holes. I'm closing other people's voice. So I think a lot about these thoughts like because when you're confident but humble, you're balancing, you know, you're purple purple. E also if you lack self esteem, you're in trouble like that. Just if you don't think you're good, it's over before it started, you lost when you woke up.

Then a lot of people that are sensitive or soft or insecure flash because they want to attack first because in their mind they're like if I stay passive here, they're gonna hurt me. Someone hurt you first start. You know lot of managers insecure, they're like, I'm gonna put down that person right now, let me start beating them down, make them weaker. So they don't get me all starts with me. I'm like hey, because nobody's doing ship to me, Just not fucking happening. All eight billion could be like, you know what we all decided you suck? I'm like cool, let's go the first eight billion, you know what I mean? Which is why I want to get everybody understanding good. Like seriously everybody like man, I really talk to camera like Phuket like jesus, like what everybody else thinks too. Like you're doing the best you can, you'll be better tomorrow. Like beating yourself up. It makes no sense.

There's just no logic to it. I understand why you do it. Somebody, you know, your dad told you suck, you suck, like I get it, but it's just not true. It's not true that you suck. It's not you think you suck. Which then triggers everything else. You can just change your mind. You can you can love yourself. How can you be kind to anybody else? If you're not yourself, how impossible? You have no energy. Give this crazy combo once where I was like, I just wanted the money and all this and I was like, you've helped.

I was like, do you want to know about my knowing their friends who have terminal cancer? You wanna switch? No, why not? Focus on I want to do that.

Start with themselves and have to accept self awareness. You're not gonna be an athlete, you're not gonna be a billionaire, you're not gonna be a supermodel, Cool, go be something else and that leads to everything. The reason I've always innovated is I'm not scared of failure. We gotta figure out how to get everybody love themselves, which is why we have to change success from money because not everybody has skills to make money, but we can teach everybody to have skills in being content and happy with what they have gratitude. I really want it. It's a game of why not? Why wouldn't you want the world to be happier? I